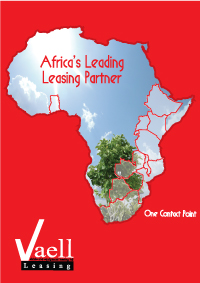 When Vehicle and Equipment Leasing Limited (Vaell) emerged second during the Top100 SMEs Survey sponsored by the Business Daily and consultancy firm KPMG, it marked the success of a firm that took nearly a decade to come of age.

Vaell started from the belief that you don’t have to own an asset, you can lease it.

The company has now grown to become a powerhouse in the region targeting both corporate and government agencies that lease excavators, tippers, wheel loaders, breakers, graders, drills and compressors.

Its clients include Haco, Telkom Kenya, Coca-Cola, ARM Cement, BAT, and Bamburi among others.

“Vaell is an independent asset leasing, maintenance and consulting company. We have a comprehensive network with fully-ledged subsidiaries in five countries; Kenya, Uganda, Tanzania, Rwanda and Zambia and plans are underway to venture into 30 African countries by 2018,” said Mike Mulili, the managing director of Vaell.

He says the desire to enter into business was inspired by the need to shift from ownership of assets to acquiring equipment through leasing, a move that has since been widely adopted in developed countries.

“We started off in Kenya. Then expanded our operations in four other African countries that include Uganda, Rwanda, Zambia and Tanzania to meet demands from both multinational and local clients venturing into new areas,” said the company without disclosing the initial capital.

Vaell started with 10 employees and has since grown its workforce to 50.

No company rides to the success path without facing challenges. Mr Mulili says lack of awareness about the benefits of leasing and competition from commercial banks are some of their challenges.

“There is lack of awareness about the benefits of leasing, but the industry is now gaining traction. The recent move by the government to adopt leasing has opened more avenues for private investors,” the company said.

The company leases equipment from three to 10 years.

Companies need to show their audited accounts, a track record, profile, survey, business plan and projected growth before leasing the equipment.Leased vehicles and machines come with insurance and maintenance, but the customer buys the fuel.

The company leases to countries through cross-border leasing. The ownership of the assets is assigned in those countries, but rentals come from their five regional offices.

Vaell has started designing leasing solutions for the regional market.

“We recently launched a sell and lease back solution early this year and so far  we have an overwhelming demand from our clients that will allow availability of our product to more customers and help expand our growth,” it.

The company is also targeting counties. It has organised leasing conferences to encourage counties to lease vehicles, machines and equipment instead of buying.

In July this year, the firm won a Sh350 million deal to hire out machinery to a consortium of Tanzanian mining firms.