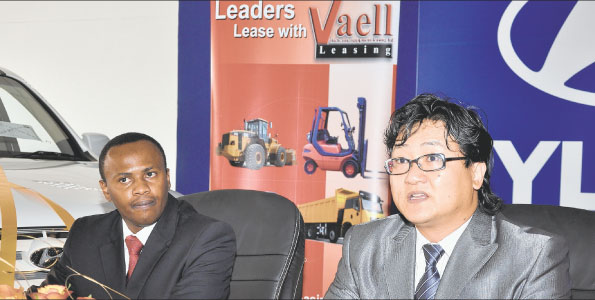 South Korean automaker Hyundai Motors has partnered with a Kenyan leasing company—Vehicle and Equipment Leasing Limited (Vaell)— as it seeks to grow sales in East Africa and tap into the sector that is seen as the new revenue stream.

Hyundai Motors East Africa, a five months old subsidiary company, announced the deal as it marked the sale of its 70th unit since starting operations in Kenya.

“Our study of emerging trends in the East Africa auto market found that leasing is the fastest growing new industry. As an aggressive new-car seller, we see it as an enabler and are happy to announce partnership with local pioneer leasing company, Vaell,” said Sam Lee, the regional head of marketing.

Hyundai models were introduced in East Africa by an Indian company in the 1980s, but the company went under in mid 1990s amid complaints of poor technical support from customers. This new company is not linked to the older company.

Paul Njeru, the CEO at Vaell, said the leasing partnership will be strategic for Hyundai, as the model makes a comeback to the East African market, and could potentially help the company’s new car sales rise by up 20 per cent.

According to Kenya Motor Industry, the sector sold 5, 930 news cars in the formal market in six months compared to 5, 501 in the same period last year, a pointer that the sector would take longer to surpass the 13, 135 cars it sold in 2008.

The comeback of Hyundai model is a signal that the new personal car market is growing at a faster pace, attracting new entrants.

“Hyundai models are the best-seller in Europe and second best selling in SUVs and saloons in Africa, we expect good performance by these models,” Mr Njeru said.

Vaell leases and manages cars and machinery to highly credit-worth companies that shun heavy loans in buying movable assets and others that want to keep their credit lines open to allow access of funds for other projects.

“We expect Hyundai model’s comeback to be boosted by corporate leasing,” he said. Amongst the models Hyundai East Africa is stocking in its showroom in Nairobi include sports utility vehicles (SUVs) like Hyundai Santa Fe, the Hyundai ix35 and the Hyundai Tucson, as well as saloons like the new Elantra and the Accent.

Mr Lee said the company has invested heavily in spare parts to ensure they are easily available to avoid the pitfalls that caused the poor success of Hyundai models before.

Toyota is the most common car on Kenyan roads owing to availability of spare parts. Toyota Kenya opened the largest market share gap between it and rivals in five years, helped by increased demand for personal cars.