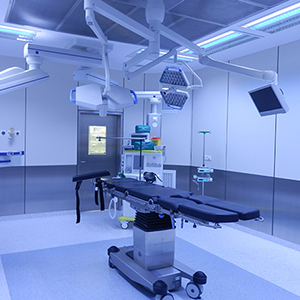 The solution is expected to lower the costs of medical equipment.

“It costs Sh9,000 for dialysis in a public hospital like Kenyatta National Hospital and between Sh9,000 and 15,000 in private hospitals. We lease out dialysis machines under Heall for Sh110,000 a month.

“Most hospitals can afford to pay for it in two days from their client billings,” says Paul Njeru, Vaell regional managing director. A scanner for pregnant women costs Sh60,000 to lease per month and there is no reason why every gynaecologist shouldn’t have one, he adds.

Mr Njeru says the inefficiencies in the health sector should not be used to penalise the sector by denying it access to credit which in turn would make life-saving equipment readily available in more health facilities thereby reducing queues in hospitals.

Vaell hopes to tackle this problem by designing a product tailored to the specific needs of doctors and health facilities as well as educating the sector on the benefits of leasing as opposed to buying equipment.

The latter involves a huge capital investment and places maintenance of equipment solely in the hands of the health facility. With leasing, the monthly costs are affordable and doctors who qualify will sign a maintenance agreement with the supplier which is subject to renewal after a mutually agreed period.

Vaell has partnered with leading medical equipment suppliers in the region to help the firm educate the health sector on the benefits of leasing.

The 10-year-old company deals with both vehicle and equipment leasing and has subsidiaries in Uganda, Tanzania, Rwanda and Zambia, with plans to expand to Mozambique and Malawi. Vaell has a fully-fledged government consulting division and has 60 employees — 40 in Kenya and 20 in the region. Ninety-five per cent of its clients are big corporates.

“We’re heavy in cement, beverage and telecoms sectors across the region. These three comprise our largest customer base,” says Mr Njeru.

Vaell leases brand new showroom vehicles at Sh60,000 a month which is way lower than the average cost of hiring a car which is around Sh3,000 per day (Sh90,000 per month). The company plans to launch a Sh10,000 rental in the next six months targeting both the retail and corporate markets.

A key challenge in the retail market is getting funding. “Financiers insist on corporates because the risk is very high,” he says adding that competition from used cars is another challenge. “People argue they can pay Sh75,000 and own a vehicle for an extra Sh15,000 a month…Some markets transform slowly, others transform fast and you can’t push the market,” says Mr Njeru.

Vehicle leasing is important for the company and is the source of regular clients but equipment leasing is where Vaell adds more value.

“We get a wholesome relationship where we end up not just doing equipment but a whole lot more,” says Mr Njeru. In the last year, the company has gone into the manufacturing sector in a big way and its largest project was fitting an entire packaging factory end to end at a cost of Sh500 million. This helped double its 2014 revenues which hit Sh1.1 billion up from Sh500 million in 2013.

“We have requests to fit factories all the way up to Madagascar and it’s an exciting space for us to engage the manufacturing industry and bring the benefits of leasing to that sector which has traditionally relied on either self-finance or bank tied equity financing,” says Mr Njeru.